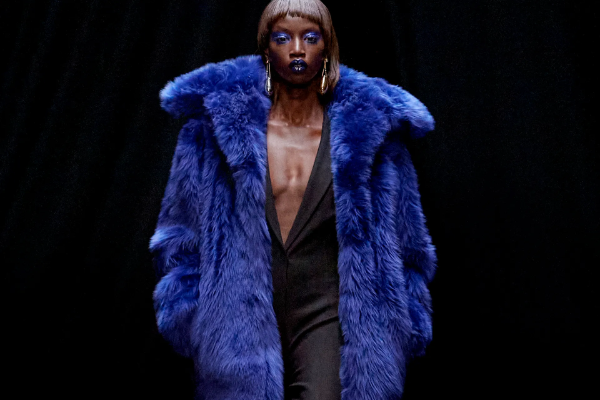 Maison's history began when Jeanne Lanvin started to make clothes for her daughter, Marie-Blanche de Polignac. The creations attracting the attention of a number of wealthy people who soon requested copies for their infants. Soon, Lanvin made dresses not only for them, but also for their mothers. Among them were also some of the most famous names in Europe who were included in the clientele of her new boutique on rue du Faubourg Saint-Honoré, in Paris. In 1909, Lanvin joined the Syndicat de la Couture. This step gave her the formal status of couturière. The Lanvin logo was inspired by a photograph taken for Jeanne Lanvin attending a ball with her daughter wearing matching dresses in 1907. After Lanvin's death in 1946, the company was acquired by L'Oréal. In October 2001 Alber Elbaz was appointed Lanvin Artistic Director for all activities. In 2006, Lucas Ossendrijver was named head of the men's line. Bouchra Jarrar was named Creative Director by Lanvin in March 2016 while 31-year-old French designer Bruno Sialelli was named the brand's new creative director in January 2019. Lanvin revealed in a statement that Sialelli's appointment marks a "turning point". new direction ".
New Products Price descending Price ascending 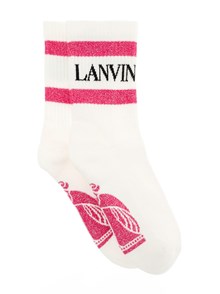 LANVIN Lanvin Women's White and Pink Cotton Socks with Logo A$ 89.00  -15%  A$ 76.00
Quick view
x Welcome to Gaudenzi Boutique. Are you browsing from USA? Shipping costs and prices of the products will be applied according to the country of shipment.
confirm
edit