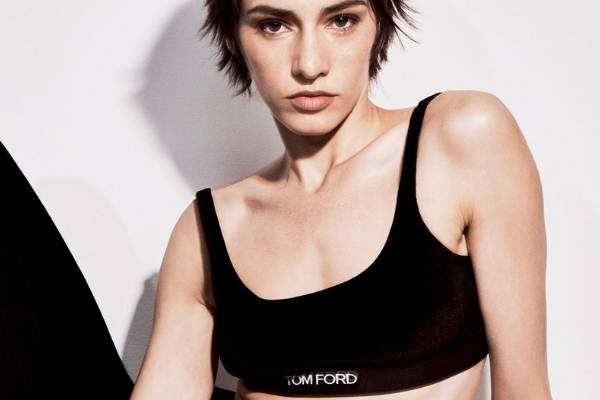 Tom Ford nasce nel 1961 ad Austin, nel TexaTom Ford was born in 1961 in Austin, Texas. At the age of 17 he moved to New York, where, in addition to studying at the Parsons School of Design, he studied art history at New York University. In those years he attended the legendary Studio 54 nightclub, met Andy Warhol, pop art guru. After studying fashion for years, he graduated in 1986, but in architecture. Again in 1986 he joined the creative staff of designer Cathy Hardwick. 1990 is the real turning point: Ford changes radically by embarking on the adventure of the Gucci brand, on the verge of bankruptcy. 1995 relaunched Gucci and Ford in the elite of world fashion, thanks to the stylistic guidelines and the targeted advertising campaigns of the Texan designer in collaboration with the French stylist Carine Roitfeld and the photographer Mario Testino. In 2000 he also took on the role of Creative Director for Yves Saint Laurent, after it became part of the Gucci group. In 2004 Tom Ford and Domenico De Sole decided to leave the Gucci group by founding the company of the same name. In the spring of 2007 Ford presents the first men's collection signed with his name, while 2010 marks the birth of the women's line. Hailed by critics and buyers, Tom Ford develops parallel carriages such as that of filmmaker which earned him a precious nomination for coveted prizes such as the Golden Lion of Venice or the Golden Globe.
New Products Price descending Price ascending 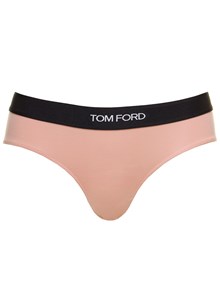 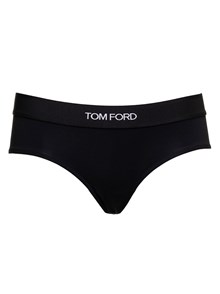 TOM FORD Tom Ford Woman's Black Modal Signature Briefs $ 80.00
Quick view
x Welcome to Gaudenzi Boutique. Are you browsing from USA? Shipping costs and prices of the products will be applied according to the country of shipment.
confirm
edit